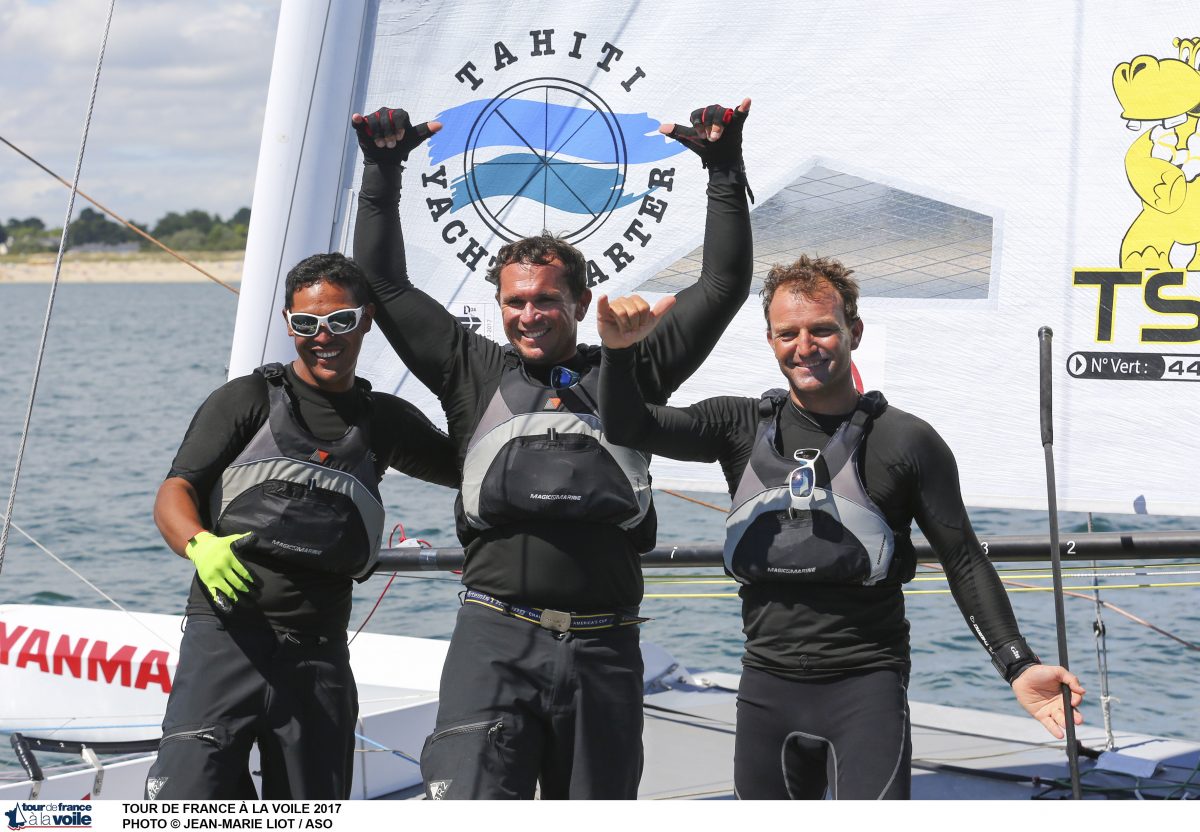 Tahiti Yacht Charter is proud of its tahitian sailing team !

The Tour de France à la Voile is an annual yachting race around the coast of France. The 2017 edition has begun the last 7th of July and French Polynesia is well represented with the sailing boat Trésors de Tahiti (that means “Treasures from Tahiti”).

Piloted by a tahitian crew composed of Teva Plichart, Pierre “Petero” Pennec and Quentin Ponroy, Trésors de Tahiti is supported, for two years of existence, by a 100% tahitian companies group, including Tahiti Yacht Charter, with honor.

Ranked 7th in 2016, the trio had not yet finished to impress us. Actually, for this 2017 edition of The Tour de France à la Voile, Trésors de Tahiti is at the head of the rankings after 5 stages out of 9. Already victorious of the second rank of The France Championship of Diam 24 two months ago, the vice-champions of France are promising an amazing year of 2017 to their supporters !

The next stages of The Tour de France à la Voile will take place in Roses, in Spain, then back to France, in Grau du Roi Port Carmague, in Marseilles, to finish in Nice on the 30th of July. We give all of our support to our tahitian sailing ambassadors. And whatever winds have planned for the Trésors de Tahiti Team, it is mostly an outstanding homage to our polynesian ancestors, The great sailors.